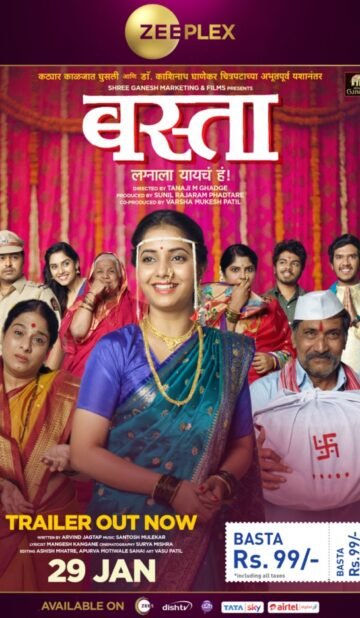 The most important aspect of the Indian Maharashtrian wedding is none other than BASTA. What does it exactly mean? BASTA is a process of buying gifts for the families from groom’s side as well as bride’s side. Naturally, this becomes an extremely emotional and the major factor for any wedding. Families get to know the behaviors of all the members, their financial capability while choosing gifts for the opposite party, etc. Though it is a ride full of fun & humor, it may turn out to be a deal breaker as well! This film is a story of such a BASTA which unfolds reality of life but with humor on the forefront.

A hardworking farmer – Namdeo Pawar hails from a village by name AALTE. Given the climatic conditions in this village, what his earnings would be was directly related to the monsoons in the region. So every year he would have to depend on the weather conditions to understand how the days would look like for himself and his family. Because of this situation in the village, even the daughters of farmers were reluctant to marry farmers’ sons. In the want of better life, even Namdeo’s daughter Swati wanted a groom who was salaried and was not dependent on farming as a source of income. Swati has rejected 4-5 grooms, after which she has liked Vikas Chaudhari – a government employee. Vikas’ family has demanded that the décor of the wedding and all the preparations should be top class and any compromises would not be tolerated. Namdeo as well agrees to this demand since he only dreamt of seeing his beloved daughter happy in life!

During the course of wedding preparations, day for BASTA was nearing. The families, who were perceived as good human beings, have turned out as some different people owing to the strange behavior. Vikas’ relatives selected costly clothes for themselves – expenses that were to be borne by Namdeo. For a farmer, shopping worth over a lakh of rupees was too much of a burden. Already where Namdeo had borrowed to get his daughter married was in a soup where the expenses were out of his budget. Since Namdeo was short of money, the selected articles were kept in the shop only & it was agreed that the shopkeeper on the receipt of the payment would dispatch the gifts. After making all the wedding arrangements, Namdeo and his friend Ankush go to the city for collecting the gifts from the shop.

While returning from the city, Namdeo faces another challenge. He lands up at the police station along with all the articles that he had purchased from the shop in the city. Helpless Namdeo, pleads the police to let him go citing that there is no fault of his in the entire matter. Namdeo shares his plight with the police and tells them that he has borrowed a loan for his daughter’s marriage and now there is nothing that he can offer police. Police warns Namdeo that giving dowry is a crime under the Indian law so they will not let him go. Namdeo is stuck in all the chaos in the city and all his family members are waiting for him at the venue. Despite of Namdeo’s pleading, policeman are not budging hence Namdeo leaves a suicide note & runs away from the police station. Will Namdeo reach the wedding venue? How police face the brunt of torturing innocent Namdeo? What happens to the expensive gifts that were bought in BASTA? Will Swati’s dream come true? 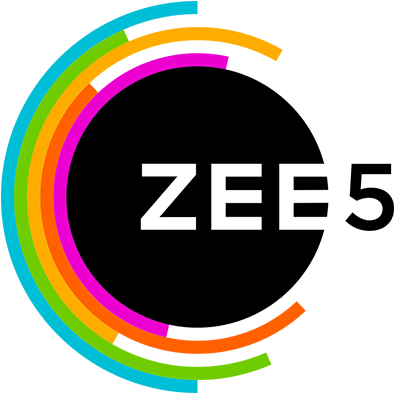